Although I have not been linked to this professional or teaching activity since 1992, the previous stage deserves a mention from the present. I started studying Psychology in 1980, along with the progressive change from my family residence in Piriápolis to the capital. I graduated when I was 22 years old and then I continued with my experience in psychoanalysis. We were under a dictatorship, but the winds of change were beginning. My generation is the one that cast its first vote in the plebiscite of 1980, the 1984 elections and the frustration of the Green Vote in 1989. My experience as a student and graduate of the University of the Republic cannot be separated from that context, lived with great intensity, because it also profoundly transformed me as a citizen. The specific details of training and teaching in the field of psychology and psychoanalysis can be consulted in the complete CV, but here I only wanted to bear witness to that part of my story, in three images: the title of Psychologist, which I could later have exchanged for the Bachelor of Psychology at the Faculty that I contributed to build, but decided not to do so for having departed from professional practice, and sticking to the truthful historical document; the magazine (SIC), of the Union of Psychologists of Uruguay, the first association of this profession when it did not yet exist by law, whose founding committee I presided over and had the pleasure of integrating the editorial team of this first publication; and a photograph of November 27, 1983, the day I was able to be together with more than 400,000 people, in the civic act of the Obelisk, a national, instituting, unforgettable collective milestone. 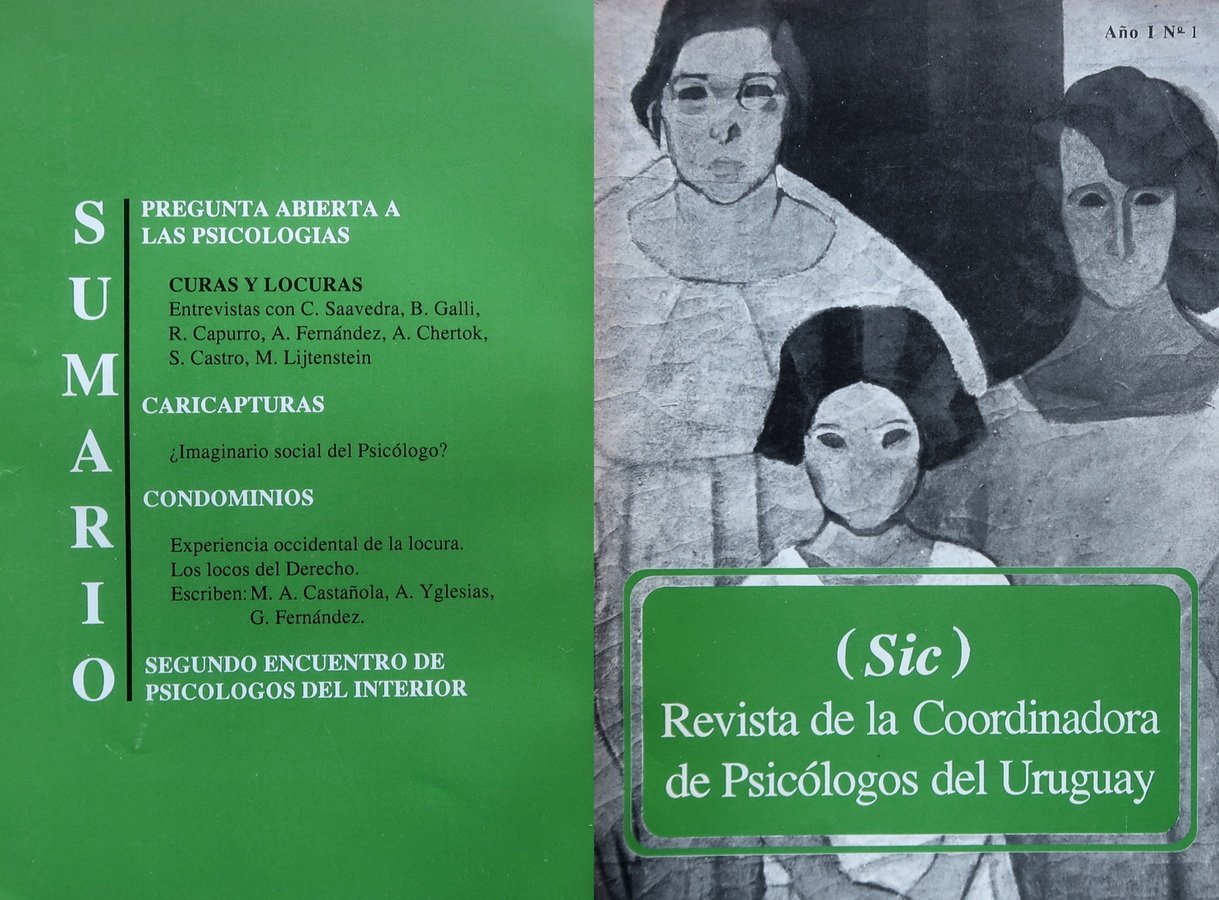